Are YOU Trying to EXERCISE YOUR Way TO SKINNY? 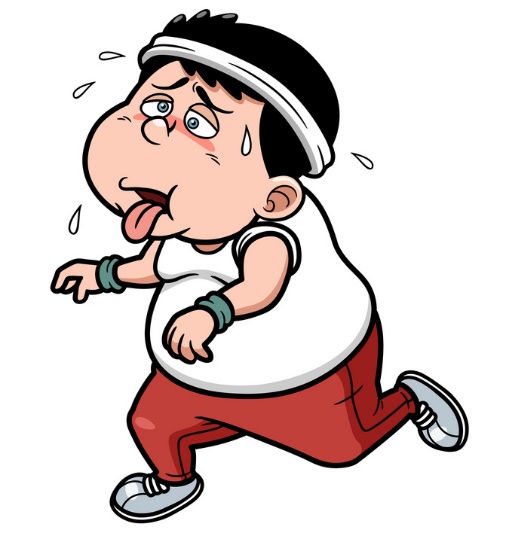 If so, think again!

Fitness is fabulous and we believe should absolutely be a part of everyone’s health and wellness plan. No sensible person would deny that. So, as you read this blog please be very clear: we ARE advocates of fitness! But …

Did you know that research routinely proves it is more important to EAT RIGHT for weight loss than to try to exercise your way to skinny?

Before we share about this fact, let’s first dig into some numbers that show how many people and how much money is being spent on fitness these days in America. This first stat is a few years old (2018), but still demonstrates the point we are making. It’s a simple chart from statista.com 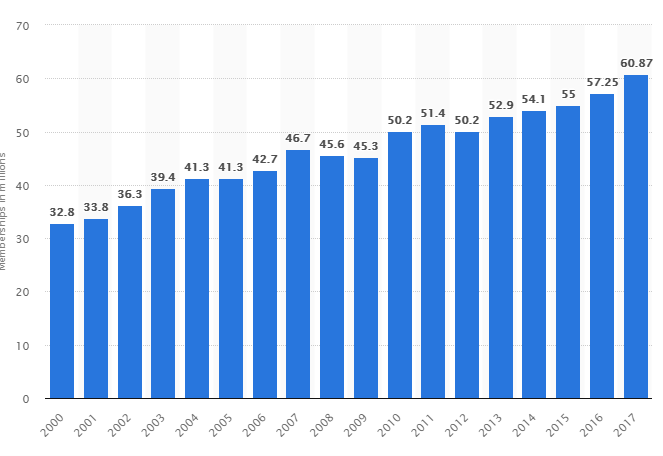 That graph shows the years across the bottom and the numbers of people (in tens of millions) along the left side. Note the steady growth trend in gym memberships in the U.S. from 2000 through 2017 pointing out that fitness centers had a total membership of 60.87 million in 2017.

An update to that stat is pointed out in this comment from The International Health, Racquet & Sportsclub Association website on 03-28-2019. “More than 71.5 million consumers utilized U.S. health clubs in 2018, a record high since IHRSA began tracking health club utilization in 1987. The number of individual members totaled 62.5 million, up 2.6% from 60.9 million in 2017.” (https://www.ihrsa.org/about/media-center/press-releases/latest-ihrsa-data-over-6b-visits-to-39-570-gyms-in-2018/)

Of course, health clubs and fitness facilities are not the only place Americans exercise. So, the numbers of those involved in fitness is even higher than this!

No matter how you slice it, when you put these couple of statistics together, they clearly show that a BUNCH of people are investing a BUNCH of money to exercise, get fit … or whatever. As we all know many, many, many of those people are enrolling and spending money to LOSE WEIGHT!

But hold on … something is clearly NOT matching up!

Unfortunately, during the same period of time referenced above for growing gym memberships, we have seen a simultaneous ramping up of Americans being overweight and obese. We share those numbers over and over in a variety of ways in this blog and repeatedly state that the numbers truly are EPIDEMIC!

So, here’s the TRUTH people need to know! There are many studies which demonstrate that weight loss is more dependent on eating than exercising.

One New York Times article from June 2015 we like to reference shares numerous such studies that prove this to be true. It was written by Aaron E. Carroll, a professor at Indiana University School of Medicine. Check it out for yourself at the link below: http://www.nytimes.com/2015/06/16/upshot/to-lose-weight-eating-less-is-far-more-important-than-exercising-more.html?_r=0

Allow us to share just one excerpt from Carroll’s article which very clearly makes our point:

“Exercise has many benefits, but there are problems with relying on it to control weight. First, it’s just not true that Americans, in general, aren’t listening to calls for more activity. From 2001 to 2009, the percentage of people who were sufficiently physically active increased. But so did the percentage of Americans who were obese. The former did not prevent the latter.

Studies confirm this finding. A 2011 meta-analysis, a study of studies, looked at the relationship between physical activity and fat mass in children, and found that being active is probably not the key determinant in whether a child is at an unhealthy weight. In the adult population, interventional studies have difficulty showing that a physically active person is less likely to gain excess weight than a sedentary person. Further, studies of energy balance, and there are many of them, show that total energy expenditure and physical activity levels in developing and industrialized countries are similar, making activity and exercise unlikely to be the cause of differing obesity rates”. 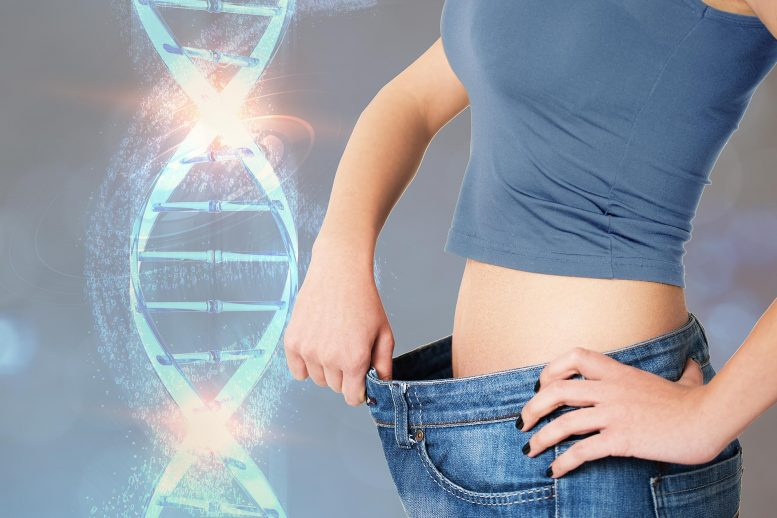 Once again, we are advocates of fitness. In fact, the DNA testing report that each client gets our program includes a section about the “Ideal Fitness” they should engage in to best contribute to fat burning. Yes! There IS a difference in that from person to person.

We always want our clients to engage in healthy and proper fitness for their unique body. But, if you are frustrated with your attempts (and money spent!) to lose weight through fitness then perhaps it’s time we talk!

Click or Call today to learn if we can help you!.