Does Eating Fat Cause Me To Get Fat? 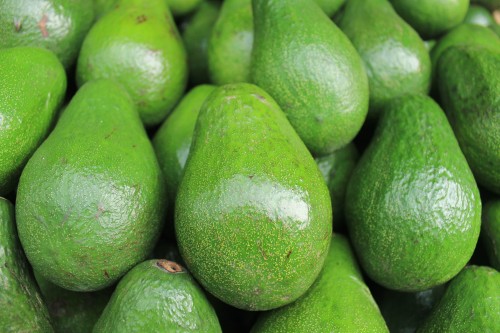 Does Eating Fat Cause Me To Get Fat? You May Be Surprised To Learn The Truth

One of the biggest beliefs in weight loss is “if I eat fats, I will get fat.” For half a century, it has been pounded in to our heads as the truth. It simply is not. Actually, eating healthy fats will do very little to have a person gain weight. In fact, healthy fats will help a person lose weight.

Fats contain 9 calories per gram. Proteins and carbohydrates each contain 4 calories per gram. So at first glance, if a person used the thinking “if I cut calories, I will lose weight” then it appears to make sense. Unfortunately, as mentioned in a previous post, this is not the case. Simply cutting calories does not necessarily lead to weight loss. Hormonal control leads to weight loss. However, with this inaccurate line of thinking of cutting calories equals weight loss, one would then logically conclude that “fat contains more calories, so if I cut fat, I will cut more calories and drop weight faster.” This second conclusion is precluded on the first assumption being correct. And since the first is not accurate, the second is not either. Again, while this is the thought process of most Americans, the research does not support this simple notion. This is actually good news for those that want to lose weight, and be healthy, because they don’t have to starve themselves to obtain their goals. Gary Taubes explains this in great detail in his book Why We Get Fat And What To Do About It.

Here are the unhealthy fats you want to stay away from:

Looking at the above lists, many people will question if these lists are accurate because they have heard the opposite for all of their life (if not most of their life). Additionally, they have been marketed to insidiously on what is healthier. I will discuss and explain more to clear confusion and long-held beliefs that are making people unhealthy and causing them to retain unhealthy fat.

The fats listed under the healthy list, are rich in vitamins and minerals. The Inuit (Eskimos), Masai in Africa, and the Arizona Pima Indian people groups all lived on a nearly 100% animal meats and fats diets (when they consumed their traditional diets). When they were studied they were found to have none, to very little percentages, of our current chronic disease processes (obesity, heart disease, cancers, diabetes, and strokes). When they switched to a diet that was more prevalent in carbohydrates and processed foods, the incidences of the aforementioned diseases rose greatly. The Pima Indian group has been studied extensively. Their ancestors were lean and very fit on their traditional diet. Those direct descendants are now predominantly overweight and obese, and diabetes is insidious in their tribe, among other chronic diseases. Scientists agree that genes do not change for 10,000 years. So there is not a recent genetic mutation to explain the differences in health. It is directly related to their lifestyle habits, specifically their change in diet. This field of science that studies the effects of lifestyle habits on gene expression is called epigenetics. In the last decade it has uncovered a lot of groundbreaking evidence that our lifestyle habits have a direct relationship to our gene expression, and our overall health status. This is why we perform DNA testing as part of our program.

In the early 19O0’s are when the first vegetable oils came on the market as a potential food product (Proctor & Gamble came out with what would later be called Crisco). Prior to this, vegetable oils were used primarily in machinery as lubrication. It wasn’t until the 1950’s that they started being discussed as part of the diet more regularly. This was after heart disease was seen to be on the rise, and scientist were trying to figure out what the reason was for the sharp increase in heart disease (decades later, it was concluded that the increased smoking rates after WWII caused the inflammation in the body, and subsequently the heart disease). When President Eisenhower had a heart attack in 1957, and was out of the Oval Office for 10 days, the national concern on heart disease was really brought to the public’s attention. Prior to this era, in the early 1900’s, a physician could go his entire career and never see a patient who had a heart attack. Today, heart disease is the leading cause of death in the United States. When the President’s heart attack occurred, a scientist by the name of Ancel Benjamin Keys had been working on his diet-heart hypothesis, and presented this as a reason for the increase in heart disease. Mr. Keys vilified saturated fat and cholesterol as the causes of heart disease (turns out, neither of which cause heart disease). Mr. Keys was a prominent scientist of the day, and continued to vehemently push his diet-heart hypothesis on colleagues, physicians, and prominent national organizations like the American Heart Association. In the 1960’s the use of vegetable oils in food really began to gain traction as a possible solution to combat heart disease and replace the vilified saturated fat. By the 1970’s more and more food products were using vegetable oils and the low-fat diet began to be pushed heavily. In 1977 the USDA adopted and promoted the low-fat, high carb diet for increased health. In 1980 the first USDA food pyramid was released. At the base of the pyramid were loads of carbohydrates (primarily high-glycemic carbs), in which many contained vegetable oils. The USDA food pyramid and guidelines get updated every 5 years. Only in recent years has any significant change been suggested to the guidelines and food pyramid. Unfortunately, it still does not reflect what should be consumed for optimal human health.

In the 1920’s, the percentage of calories that were obtained from vegetable oils in the American diet amounted to 0%. Today, the percentage of calories have risen to 7-8% of total calories consumed by the average American. During this same time, heart disease and cancer rates have risen as the public has consumed less saturated fat, increased its carbohydrate intake, and subsequently greatly increased the consumption of vegetable oils. Coinciding with these increased rates of disease, the obesity rates have mirrored them with a substantial rise in rates.

So in approximately 100 years, we have dramatically changed what we consume as humans. We now consume a large number of our calories that weren’t even a food option, or readily available, a little over a century ago! This is significant because there are some critical issues with vegetable oils in particularly, which we will discuss.