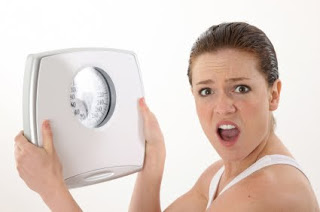 You need to know that if you’re feeling frustrated in your attempt (or for many people numerous attempts) to lose fat … YOU’RE NOT ALONE!

Exactly how many people struggle with this is hard to clearly identify, but let’s share a few very interesting numbers:

So, while the EXACT number is difficult to track down, one thing is clear: It’s a BUNCH! 10’s and 10’s of millions at any given time.

Of course, that’s probably not real surprising when one looks at the high rates of overweight and obesity in America. We are not going to share those numbers in this blog. We’ve done it before, and you have probably seen those. And, frankly, this piece is not written for all those other people... It’s for YOU!

Being obese or even just a little overweight is NO laughing matter. Frankly, shedding fat is quite tricky. We state this repeatedly in The Lifetime Metabolic culture: If it was easy, everyone would do it. YOU would have already done it. You would not just have TRIED it. You would have succeeded in it. IF it was that easy.

So, we always want to acknowledge THAT first: Fighting fat and losing weight IS frustrating. We get it! In the next short series of blogs we are going to share some SOLUTIONS for some of the common fat fighting frustrations. However, before we start with those, let me ask you this: Realize any frustration you may have CAN serve you well … IF you let it drive you and not stagnate you or cause you to quit. It is our sincere hope that the sharing of some REAL solutions in these upcoming blogs will help lead YOU to success with fighting fat. Be ready to read and apply them. Take them serious – as if your life depends on your success … because it DOES!