Some of “The Skinny” on Salt? 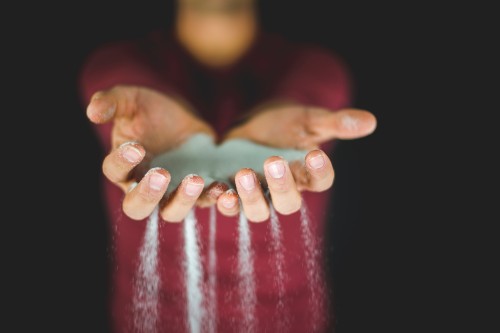 It seems like salt seems to always come up in a discussing of diet, health and chronic illness. It is also becoming more and more of a factor in weight loss discussions. For example, salt craving are often experienced during. Let’s address some salty facts.

Researchers have begun to explore salt’s previously unknown role in hunger and weight gain. Several recent studies shed light on why salt may encourage us to overeat.

“Until now, we have always focused on the effect of salt on high blood pressure,” says Jens Titze, MD, associate professor of medicine and molecular physiology and biophysics at Vanderbilt University in Nashville. “We have to expand our conceptions of salt and diet.”

Titze was the lead researcher on a new study challenging that notion that salty foods make us thirsty. Instead, he found that people who eat high amounts of salt actually drink less water than those who have smaller amounts of salt in their diet. They also become hungrier. Over the long term, that boost in appetite could lead us to overeat and gain weight.

Salt also makes your body hold on to water. If you eat too much salt, the extra water stored in your body raises your blood pressure. ... The higher your blood pressure, the greater the strain on your heart, arteries, kidneys and brain. This can lead to heart attacks, strokes, dementia and kidney disease.

How much sodium do I need? Most people eat too much sodium, often without knowing it. The average American eats about 3,400 mg of sodium a day. • The American Heart Association recommends no more than 2,300 milligrams (mgs) a day and an ideal limit of no more than 1,500 mg per day for most adults. • Your doctor may tell you to cut salt out completely. In the last several years scientists have begun to investigate whether salt affects obesity. Hers is what they found…British and Chinese researchers reported that body fat increased for children and adults on high-salt diets. Eating an extra gram of salt a day increased the risk of obesity in children by 28% and in adults by 26%. An Australian study in 2016, led by Russel Keast, PHD, tied salt to an 11% rise in the amount of food and calories that adults take in. The authors say that salt improves the flavor, and that likely it tempts people to eat more.